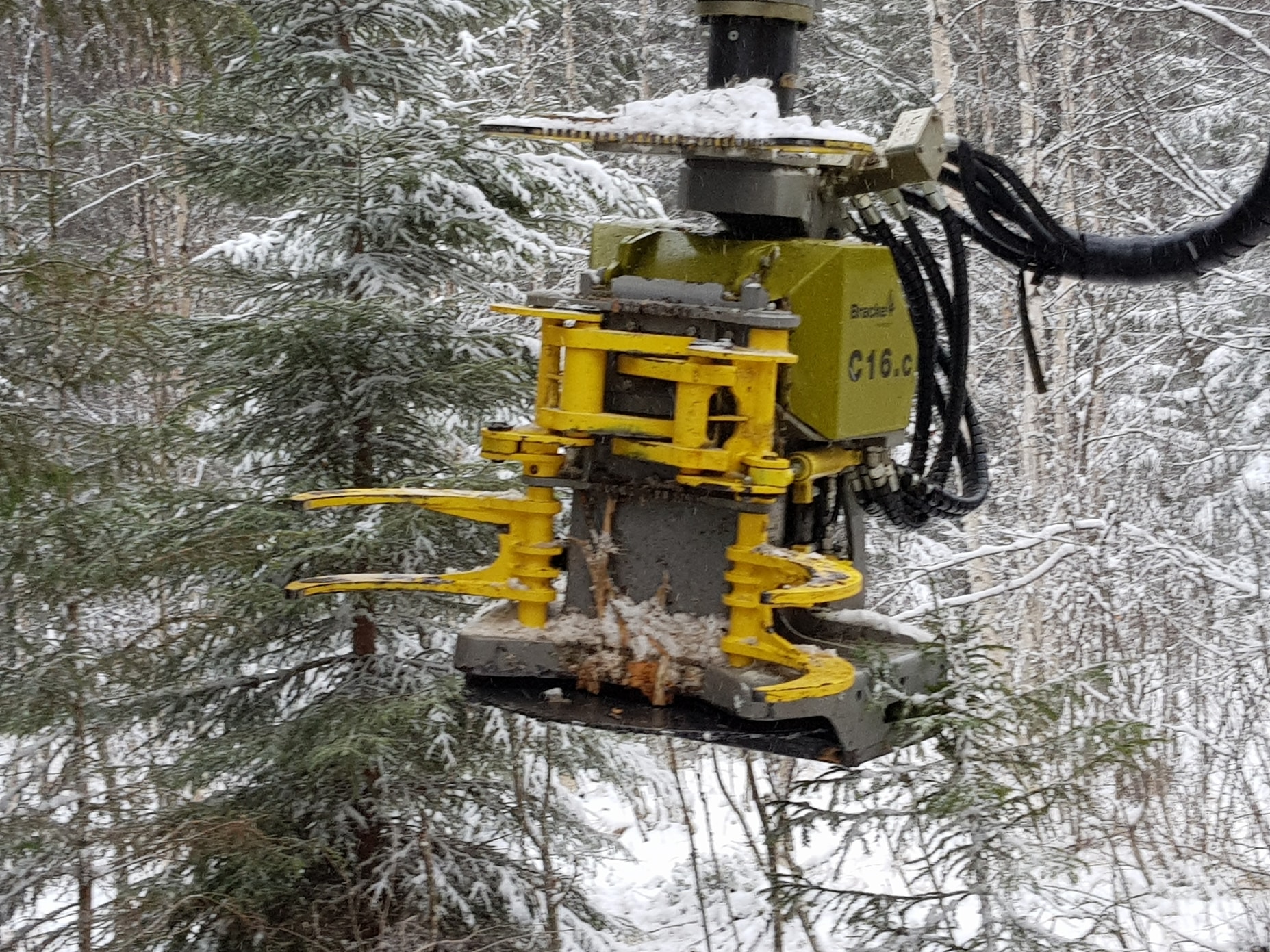 The demonstration was done about 60 km north of Joensuu in North Karelia, Finland. It was done in two young dense stands with heights between 8-10 and 12-15 meters, and large amounts of biomass per ha.

The forest holding belonged to an interested private forest owner with in total about 500 ha of forest land. In total 26 persons attended the demonstration. The harvester, a Komatsu 901.4, equipped with the C16 head was working on a strip road and making boom corridors on each side.

The visitors were trying to figure out what working method that was used in the different strip-roads, and they all agreed that it was difficult to see any important difference. The highest trees in one of the stands were still possible to handle, but at the limit for efficient harvesting with the C16 head. 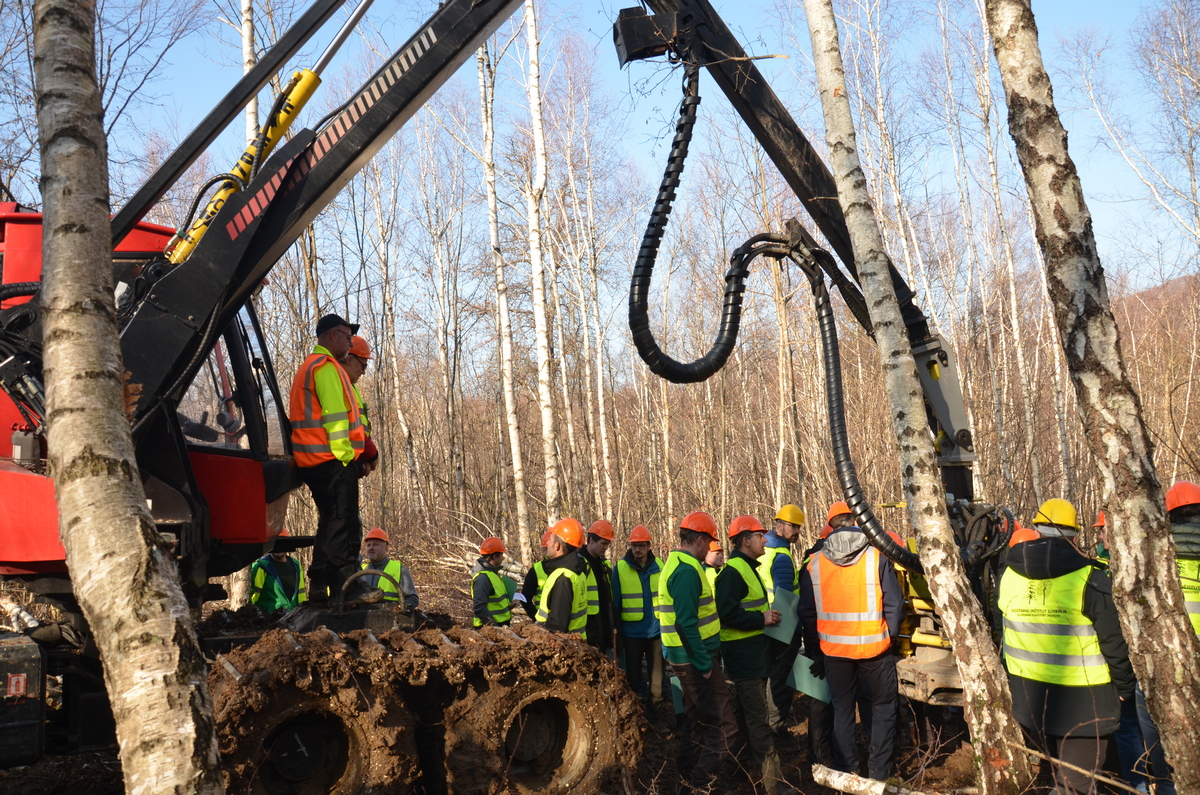 Southeastern Slovenia, 29 January 2020 At the Slovenian Forestry Institute, Department for Forest Technique and Economics, in Kočevje, we successfully performed the main part of the field trials in January and February, which included time studies and ergonomic measurements of work. 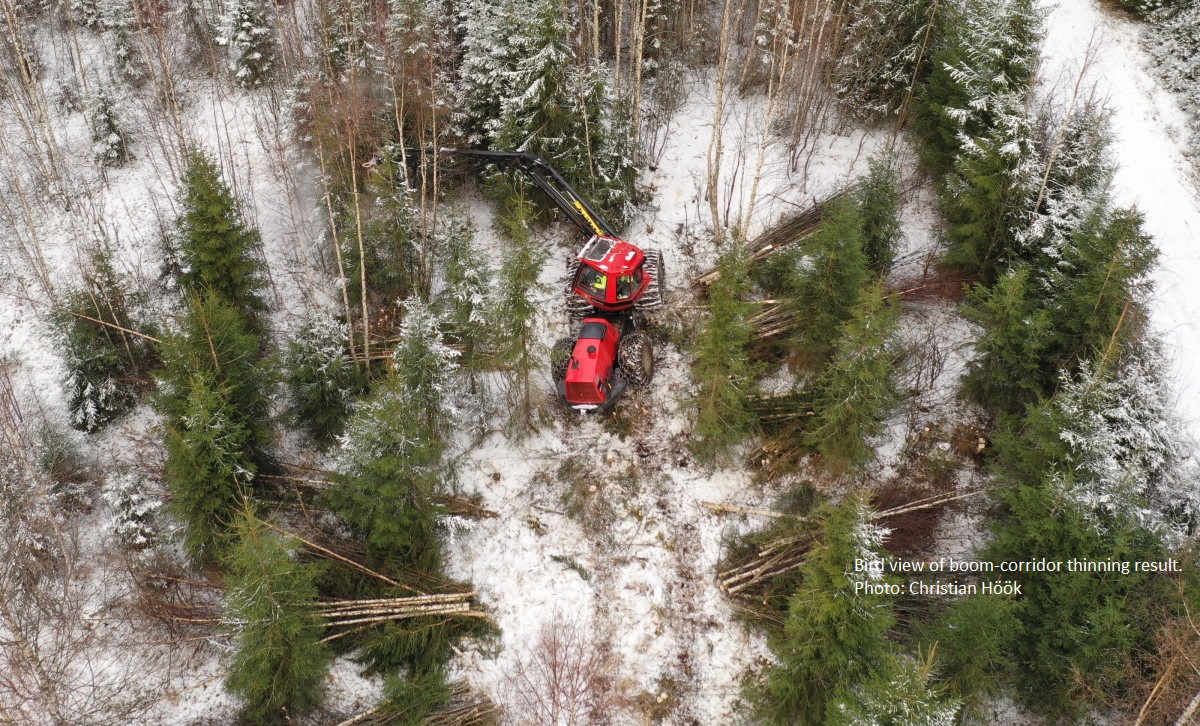 Eastern Finland, 31 October 2019 Small wood harvesting and boom-corridor thinning was tested in the Finnish conditions in late October 2019. A team comprising Finnish and Swedish SMALLWOOD project partners had prepared 18 experiment plots. The measurements before, during, and after the test harvestings followed the same protocols as those in Sweden, allowing comparisons between […] 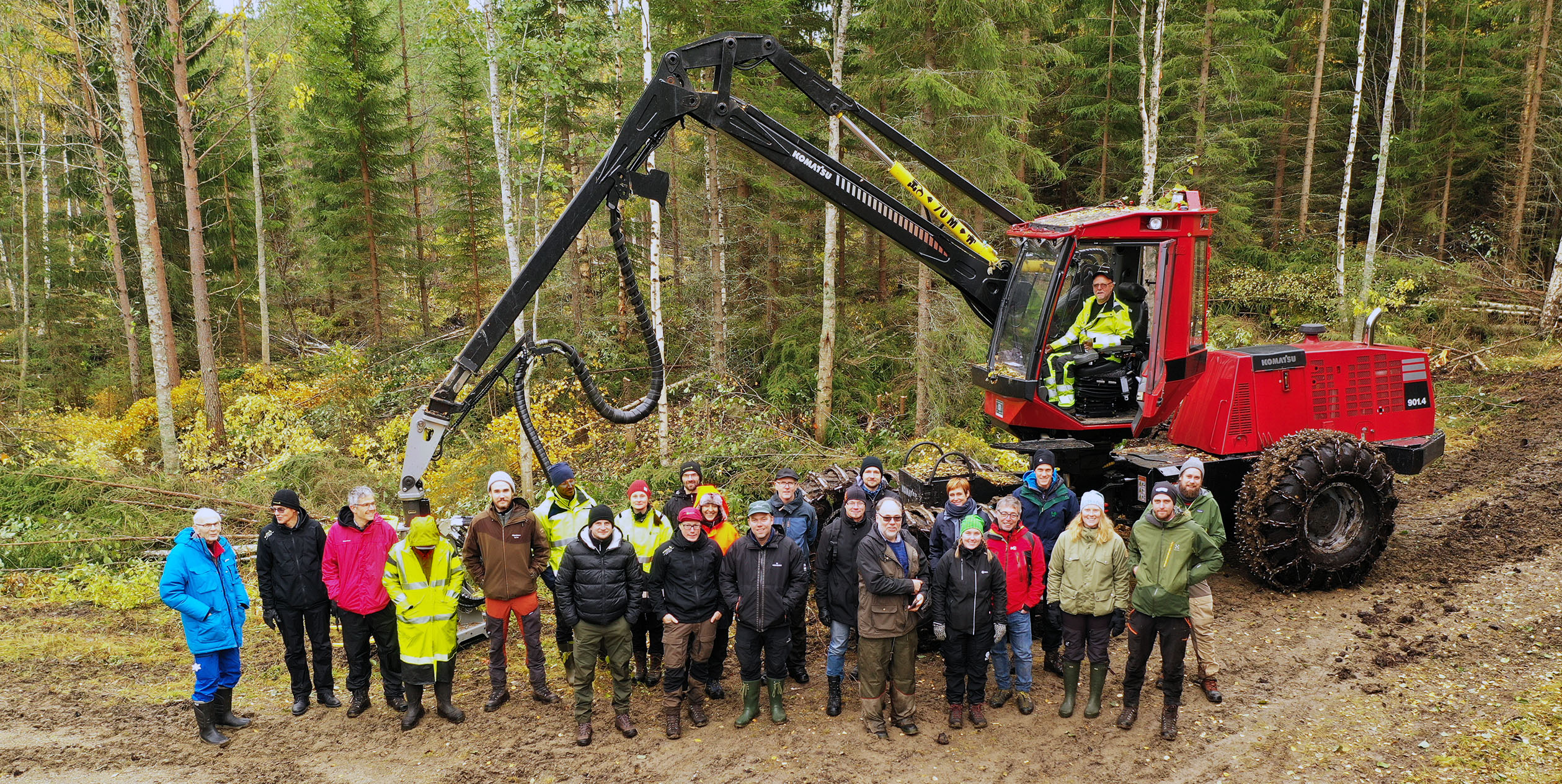